On a humid Thursday afternoon, the next Gaming Lounge in Delhi University’s north campus area is engulfed in the digital din. There is a mix of commentary and stadium crowd cheers from FIFA 18, of bodies being smashed against the ring in WWE 2K18, and of bullets and weapon recoil from Far Cry 5, Call Of Duty: Black Ops III, and Counter-Strike. The lighting at the 24×7 pay-and-play arcade is dim, and the air-conditioning on full blast keeps the multiple PlayStation 4s and PCs cool. On any weekday, you will find plenty of gamers seated on plush black sofas and ergonomic gaming chairs. They remain fixated on the big TV screens in front of them; their fingers move swiftly on the joysticks. They only get up to stretch their legs or use the toilet. In a far corner, Ivan Jayaswal, 26, is plotting his next move on Dota 2, a favorite multiplayer battle-arena video game. Like most others there, he seems calm that the World Health Organization (WHO) has classified “gaming disorder” as a mental health condition. “I heard about it, but I didn’t think much. I guess most parents now will be strict towards the gaming time their children get. 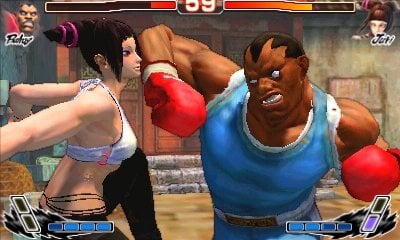 I’m too old for this,” he says, giving us a 5-minute crash course on the game and how one can earn using in-game rewards from Dota. “You can make a good amount of money from this.” One example is The International, an annual Dota 2 eSports tournament organized by Valve, the developer. Its eighth edition is expected to have a prize pool of approximately $20 million (around ₹ 137.5 crores). Jayaswal, who works with a telecom start-up, visits the lounge two three times a week, spending 6-7 hours on the PC. “I’ve been playing for the past 10-12 years now. It’s a stress-buster for me,” he says. Science and sensibility At first glance, Jayaswal can be mistaken for someone with a gaming disorder. His eyes remained glued to the screen even when he was talking to us. But can he be called an addict? According to WHO’s International Classification of Diseases (ICD), gaming disorder is a “pattern of gaming behavior (‘digital gaming or ‘video-gaming) characterized by impaired control over gaming, increasing priority given to gaming over other activities to the extent that gaming takes precedence over other interests and daily activities, and continuation or escalation of gaming despite the occurrence of negative consequences.”

The ICD, a Reuters report says, now covers 55,000 injuries, diseases, and causes of death. Medical experts say that while WHO’s move opens up a window for research on the neuropsychological effects of gaming, it is important to remember that there is a difference between gaming and gaming disorder. “We need to be cautious. You can be a gamer, and you might not be addicted to it all. What this diagnosis has done is that it has put a label (on addiction). This is a category of disorder that did not exist. Now we have an official diagnosis for such patients. But we need to keep this distinction in mind: Those who need help must be provided help, but those who don’t need help should not be stigmatized just because they are gaming or healthily using gaming,” says Y.P.S. Balhara, associate professor, psychiatry, and in charge of the Behavioural Addictions Clinic at the All India Institute of Medical Sciences (Aiims), Delhi. The clinic started in 2016, sees cases ranging from excessive use of technology and social media to addiction to TV series. Gaming addiction, Dr. Balhara says, has emerged as the second most common trait. One case involved an 18-year-old Delhiite who was gaming for up to 14 hours daily. He would not leave his room, and this started affecting his studies. When the parents intervened, he became violent.

That’s when they took him to the clinic. “This is how the problem manifests. Once it reaches such levels, it’s difficult to manage,” adds Dr. Balhara. This can adversely affect studies, work, and sleeping habits. The last, because a large part of the multiplayer gaming universe is a European audience. Indian gamers often change their sleep routine to match timings with other gamers. “Sometimes, the participant is not communicating with offline friends or parents, but with their online team players. This makes them say that their interaction level has not gone down when it has actually shifted from offline to online,” says Manoj Sharma, professor of clinical psychology and coordinator for the SHUT (Service for Healthy Use of Technology) Clinic at the National Institute of Mental Health and Neurosciences (Nimhans), Bengaluru, over the phone. Gamers Inc. Globally, the digital gaming industry is one of the fastest-growing sectors. India alone is home to a digital gaming market that is expected to be worth billions of dollars by 2021. Some industry experts believe that while WHO’s classification will not affect the sector, it will help raise awareness among parents about their children’s digital lives.

“There are millions of gamers on this planet who lead normal lives despite playing games for a few hours daily, especially in countries like Korea and China. The gaming industry would largely be unaffected, although, with better tools now in smartphones to monitor kids’ screen time, even parents have a way of managing their child’s gaming behavior,” says Rajan Navani, vice-chairman and managing director, JetSynthesys, a Pune-based digital entertainment, and gaming company, on email. “Compulsive gaming, where you can’t survive without it, and you need it to function properly, is the issue, not gaming itself,” says Ishaan Arya, 27, a freelance gaming specialist from Bengaluru who spends 6-7 hours a day gaming and live-streaming his gameplay. “One important thing about video games is the hugely social aspect. People are constantly interacting with others and meeting new people. They meet these people who turn into close friends and confidants…. Gaming need not turn into an addiction. But doing anything too much can be bad, and that applies to the game too,” adds Arya.

Take 28-year-old Felix Arvid Ulf Kjellberg, a YouTube sensation known by his online name PewDiePie. Five years ago, Kjellberg, a Swedish game commentator, became the most subscribed user on YouTube, with more than 60 million subscribers. “He is one of the world’s most famous streamers. I think he plays for about 12-14 hours a day. But the fact that he monetizes it makes it his job and absolves him from being an addict,” says Aditya Deshbandhu, an independent researcher from the University of Hyderabad, who focuses on new media studies, digital culture, and the emerging field of video-game studies. Research at the Center for Computer Games Research at the IT University (ITU) of Copenhagen, Denmark, suggests that the complexity surrounding gaming addiction may have something to do with the methodology used.

In recent interview studies with supposed “video-game addicts,” researchers found that they did not experience the severe negative consequences typically associated with addiction. They are “wrongly labeled” as addicts because current questionnaires designed to measure video-game addiction are based on substance-addiction ones. “It is problematic for adults to use heroin or alcohol to alleviate negative moods. However, playing video games with your friends to achieve the same ends is not necessarily bad; it may be just what is needed. Questions such as ‘do you use video games to make you feel better?’, according to our research, tend to overestimate the negative consequences of video games,” says Rune Kristian Lundedal Nielsen, a psychologist and assistant professor at ITU, on email.