MILAN: France’s Julian Alaphilippe won a bunch dash in Monday’s (Mar 18) 6th and penultimate level of the Tirreno-Adriatico cycling race over 195km from Matelica to Jesi. The 26-12 months-antique crossed ahead of Italians Davide Cimolai (Israel Cycling Academy) and Deceuninck-QuickStep teammate Elia Viviani, who have been 2d and 1/3 respectively. “With one lap to move, Elia Viviani requested me if I desired to push for the sprint. “I’m not a sprinter, but I understand I can dash nicely on a hard day like this,” said Alaphilippe after his second win after his level triumph.

“I said, ‘I’ll be your final is the guy.’ Max Richeze pulled difficultly, and I just relayed him until the road. “I’m just genuinely satisfied with this magnificent victory.” A seven-guy break formed from early within the race, constructing up a lead of three mins at the peloton. Ballerini changed into the closing survivor before being reeled in through Deceuninck-QuickStep, whose riders powered forward in the ultimate kilometers supporting Viviani. 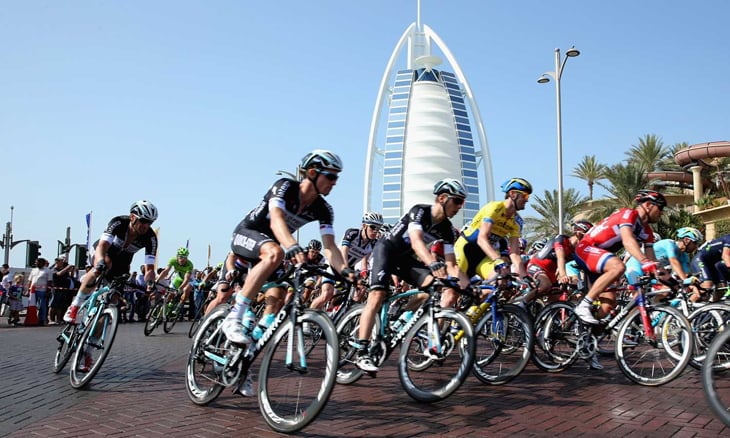 But it becomes Alaphilippe who amazed the favorites, including Peter Sagan, who finished 5th, as Viviani located around the Slovak to complete 1/3. Britain’s Adam Yates of Mitchelton-Scott holds the chief’s blue jersey going into Tuesday’s very last level in the ‘Race of the Two Seas.’ “The ultimate kilometer was pretty much uphill,” stated 26-yr-vintage Yates.

“We recognize Alaphilippe can dash on the street like this one. Maybe multiple years in the past, I should have performed it too. “I’m not so punchy any extra. I hope to create a marvel day after today; however, the time trial does not shape me, and space isn’t huge sufficient. However, I’ll do my great.”

Favorite to win the race is Slovenian Primoz Roglic of Team Jumbo-Vista, 25sec in the back of Yates with Astana’s Jakob Fuglsang third at 35sec going into the final 10km man or woman time-trial down the flat Adriatic seafront at San Benedetto del Tronto.