Five-time PGA TOUR winner and modern world No. 6 player Bryson DeChambeau will be a part of David Feherty on his self-titled, Emmy-nominated series Feherty offered with the aid of Farmers Insurance®, tonight at nine p.M. ET on GOLF Channel. Filmed in January at Dallas National Golf Club, the previous U.S. Amateur winner and NCAA (character) country-wide champion will address several subjects, which include: Recounting the USA’s defeat at the 2018 Ryder Cup (his first appearance) and takeaways from being paired with Tiger Woods. Reflecting on fulfillment on the junior stage and earning validation on TOUR utilizing triumphing at an early level of his professional profession. Discussing his cerebral method to the game and whether or not it ever hinders his game. Feherty also puts DeChambeau to take a look at hard him to a physics quiz and demonstrates the scientific reasoning to usually depart the flagstick in. Upcoming guests on Feherty (premiering Monday nights at nine p.M. ET) include Tony Finau (March 25) – PGA TOUR winner, and No. 14 internationally. 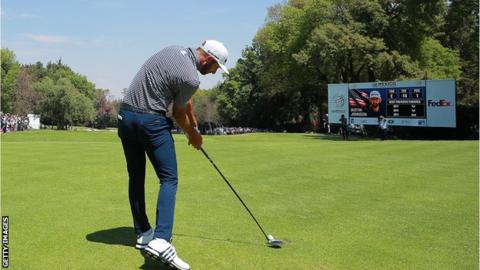